Hysterosalpingo-contrast-sonography (HyCoSy) is a procedure used to assess the patency of the fallopian tubes.

What is a HyCoSy test

Hysterosalpingo-contrast-sonography (usually called HyCoSy) is a straightforward procedure which is used to assess the patency of the fallopian tubes using advanced ultrasound to test for common symptoms such as blocked fallopian tubes.

HyCoSy can also be used to check for abnormalities of the uterus and ovaries, it's a much safer alternative to older methods as it does not use X-rays or any kind of radiation. Instead, a contrast agent is passed into the uterus via a fine catheter, and the doctor tracks this agent using ultrasound.

Who is it for?

What does the HyCoSy test involve?

The HyCoSy procedure takes approximately half an hour. You will have an internal scan first; the doctor will take measurements of the uterus (womb), endometrium (lining of womb) and ovaries.

Is a HyCoSy test painful?

The levels of pain for the HyCosy test varies from woman to woman but it is likely that you will feel some discomfort during the procedure similar to that of period pain. 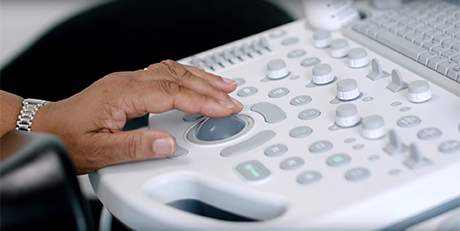 Call us to book your HyCoSy test today