CREATE was the first IVF clinic to make a commitment to Mild and Natural IVF in the world.

Our fertility treatments offer women the chance to have a baby using their own eggs, without the need for long and intense courses of stimulating drugs. Mild and Natural IVF work within a woman's natural cycle and focus on the quality of eggs and embryos, not the quantity.

Our fertility treatments offer women the chance to have a baby using their own eggs, without the need for long and intense courses of stimulating drugs. Mild and Natural IVF work within a woman's natural cycle and focus on the quality of eggs and embryos, not the quantity.

We focus on quality over quantity

At CREATE Fertility, we advocate Mild and Natural IVF because they focus on the quality of eggs/embryos, not the quantity. There is considerable scientific evidence to show that embryos created from IVF cycles with lower doses of stimulating drugs are of higher quality than those produced in conventional IVF.

In the study by Baart et al. embryos were created from Conventional and Mild IVF cycles. So on first glance, in terms of number of embryos, it appears that Conventional IVF is the better option. However, when the embryos are examined in more detail for chromosomal problems (aneuploidy), a significantly higher percentage in a conventional, high stimulation IVF cycle are found to be chromosomally abnormal.

All of the additional drugs, stress and costs were unnecessary; the same result could be achieved with Mild IVF. 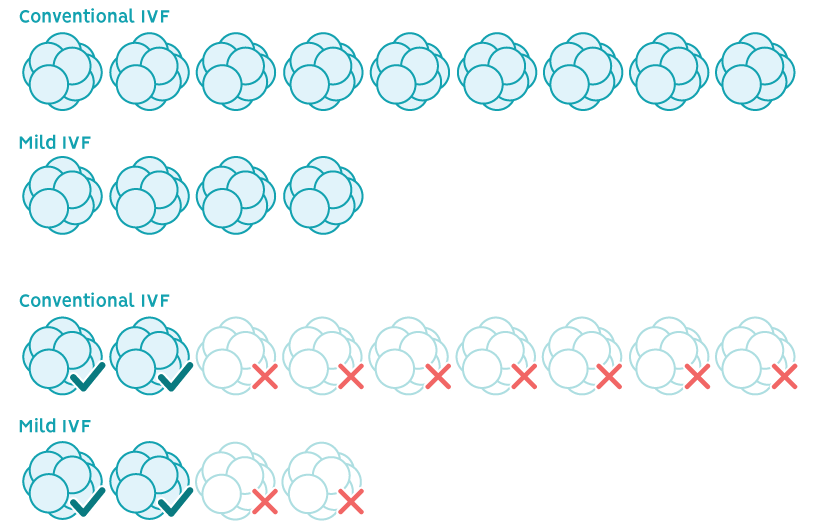 Our consultants are at the heart of everything we do. We take pride in recruiting some of the top fertility experts. Our practice is based on scientific expertise and led by Professors Nargund, Campbell and Chian, who have pioneered many new innovations in fertility and IVF. These medical leaders train our team of doctors, who are highly experienced. Your treatment will be led throughout by our doctors, which differs from other clinics, where care is often led by the nursing team.

Professor Nargund has published more than 60 peer-reviewed scientific papers including abstracts and also several book chapters in the field of reproductive medicine.

She is a pioneer in the field of Natural and Mild IVF and Advanced Ultrasound Technology in Reproductive Medicine, and is an accredited trainer for Infertility and Gynaecological Ultrasound special skills modules by the Royal College of Obstetricians & Gynaecologists (RCOG) London and British Fertility Society (BFS).

Professor Nargund pioneered the use of follicular Doppler in assessing “Egg quality” in humans. She also published the first scientific paper on “Cumulative live birth rates with Natural cycle IVF”.

She is a co-author of the scientific paper on the innovative Simplified Culture System, which allows IVF to be performed without the need for a conventional laboratory. This scientific paper won the 'Robert Edwards Prize' for the best paper of the year in RBMonline in 2014.

Professor Geeta Nargund is also the Co-Editor-In Chief of The European Scientific Journal, Facts, Views and Vision in OBGYN and is on the International Editorial Board of the Scientific journal, The Journal of Human Reproductive Sciences.

Professor Nargund is the President of the International Society for Mild Approaches in Assisted Reproduction (ISMAAR), a UK registered charity. Through her leading role, she has been the voice for women’s choice, health and education in the field of Assisted Reproductive Technology (ART) globally. She promotes safer, less-drug-orientated and accessible ART.

Professor Nargund was also a member of the WHO (World Health Organisation) expert sub-group on infertility guidelines. She is a member of the steering committee of the Special Task Force on “infertility in developing countries” set up by the European Society for Human Reproduction and Embryology (ESHRE), and was the Chair of the ESHRE Special Task Force on “Mild ART”. She is a regular invited speaker at national & international scientific conferences.

She is actively involved in research into making IVF more natural, accessible and safer for women and children. She is the Chief Executive of the UK National charity, Create Health Foundation. This Charity funds and supports women’s health education in the UK and in Africa.

Professor Nargund is a regular speaker at Westminster Health Seminars on Health and Social care in the UK. She has also been an invited speaker at the women’s health conference along with the members of UN and also at a European Women’s conference on “Female Quality of life in the developed World”.

She appears in Tatler’s Doctors Guide for 2013 and is also an associate member of Guild of Health Writers UK. She cares deeply about and has been actively involved in charities promoting education, women’s health and development, equality and social mobility in the last 15 years.

Professor Geeta Nargund has also been elected as a Trustee to the Board of British Red Cross in September 2017.

Professor Campbell was Academic Head of the department of Obstetrics and Gynaecology in King's College Hospital, London for 20 years and then held the same post at St George's Hospital Medical School, London.

He holds many international honours and is the Honorary Fellow of the American College of Obstetricians and Gynaecologists.

He is a pioneer of Ultrasound Diagnosis in medicine and has introduced many new techniques. He has recently introduced 3D scanning to the UK and set up the first 4D Ultrasound Clinic.

He has introduced many new techniques such as the routine pregnancy scan, the early diagnosis of fetal abnormalities, the assessment of fetal growth, and also the well-being and ultrasound screening for ovarian cancer.

Vinod Nargund is a Consultant Urological Surgeon with an interest in Andrology. He has successfully led the andrology service for CREATE Fertility for the last 10 years. He deeply cares about using evidence-based care to help men improve their natural fertility where possible. He takes a holistic approach in helping men improve their sperm parameters. He is highly skilled in surgical sperm retrieval procedures including advanced testicular sperm collection using a microscope. His interest in male infertility originates from his expertise in the management of testicular cancer; he pioneered testis-conservation surgery along with Professor Tim Oliver, Emeritus Professor of Oncology. Vinod was trained in Urology Units at Belfast, Bradford and Oxford. Previously he was the Lead Cancer Surgeon at St Bartholomew’s Hospital and currently provides Andrology Service at Homerton University Hospital, London. Vinod has published over 70 scientific papers in national and international Urology journals. In addition to the research on surgical aspects in relation to male infertility his interests include the role of psychological stress in male infertility.

Nargund VH. Editoreal Comment on ‘A Five-year follow up study of asymptomatic men with testicular microlithiasis’. Journal of Urology 2008; 179: 1423

Dr Archana Ranganathan is a Consultant Gynaecologist in reproductive medicine. She graduated from Madras Medical College, India and completed her postgraduate diploma in Christian Medical College, Vellore, India. She went on to complete her postgraduate training from Health Education England, Thames Valley (Oxford deanery) where she completed a research fellowship on endometriosis.

Dr Ranganathan became a member of the Royal College of Obstetricians & Gynaecologists in 2012. She has advanced training in subfertility and reproductive health, with special interest in endometriosis and early pregnancy.

She is the lead consultant for the CREATE Fertility St Pauls clinic and is highly skilled in advanced fertility ultrasound, gynaecological 3D ultrasound and early pregnancy scanning. A member of British Fertility Society (BFS) and British Society for Gynae-endoscopy (BSGE), her special interests include endometriosis, recurrent miscarriage and polycystic ovaries.  Dr Ranganathan offers personalised care to all her patients and believes in holistic approach to support patients through their fertility journey.

Download our free brochure to find out more about our treatments and services.

At CREATE, we have spearheaded Mild and Natural IVF in the UK and we are very proud of the success rates we have achieved. We understand how important success rates can be when choosing a fertility clinic so it’s vitally important these are as accurate as possible.

We strive to be open, transparent and honest about our results, for this reason we’ve included the latest HFEA verified data so you can be confident in our figures. 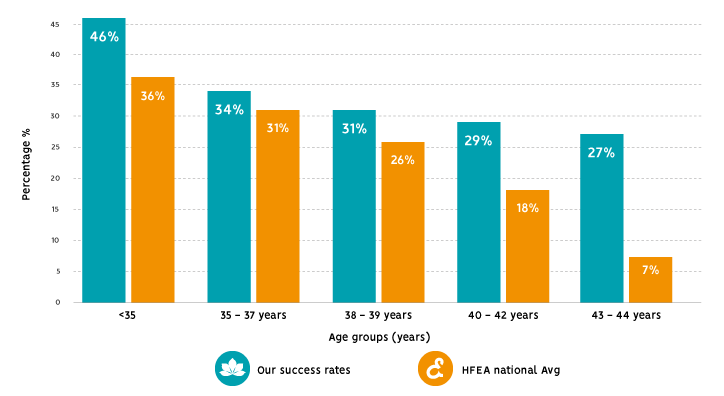 Our Medical Director, Professor Geeta Nargund, has long been committed to finding ways to make IVF more affordable. From her early academic work studying how to improve the success of Natural Cycle IVF, she realised that the fertility drugs in conventional IVF contribute significantly to the cost of each treatment. Her work has therefore focused on making Mild and Natural IVF more successful, so that the cost would be more affordable. 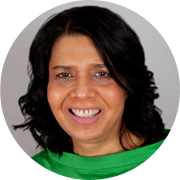 "By using a tailored approach that focuses on quality and not quantity, Mild and Natural IVF offer an IVF experience that is aimed at protecting both the short and long-term health of mother and child."