Successful treatment after OHSS at another clinic

I turned to CREATE following some horrible experiences at another clinic. After struggling to conceive for a while, my husband and I first sought treatment at a leading fertility clinic around 4 years ago. We had two full rounds of treatment with them as well as 2 frozen rounds with some of the embryos that we had frozen. During the first round of treatment, lots of eggs were collected, but the high doses of stimulation meant that I developed severe Ovarian Hyperstimulation Syndrome (OHSS). This is a medical condition resulting from over-stimulation of the ovaries which causes the ovaries to enlarge, retention of fluid which can cause severe abdominal discomfort and, in my case, a drain. The OHSS meant that I suffered discomfort throughout my first round of treatment. This first attempt worked and I became pregnant, but sadly miscarried quite late on. I then underwent the 3 other rounds of treatment and suffered two more miscarriages before my husband and I decided to look for a new clinic. We had felt that we were on a conveyor belt of patients and were not treated as individuals. We were also not happy with some of the mistakes that had been made, such as people forgetting to give the correct advice and embryos being lost.

We decided that we wanted a more natural treatment, particularly after going through OHSS, and we searched online for a different approach to IVF treatment. This search brought up CREATE Fertility, and after looking at the information and statistics we booked an appointment. We viewed starting at CREATE as turning over a fresh page, and straight away it was different to our previous experience. We were advised to start a Mild treatment protocol and were monitored very closely, unlike in our previous clinic. Our experience with CREATE was of a much calmer process, and I was able to fit the treatment in around my work. I found the staff very personable and caring, especially on the days of collection and transfer, and the treatment was personalised so that we felt that we were really being listened to. I was especially happy with the Embryologist’s approach of transferring embryos back with the mother as soon as possible instead of waiting for up to 6 days. In one treatment at the previous clinic 75% of our embryos from a fresh cycle perished due to that method. 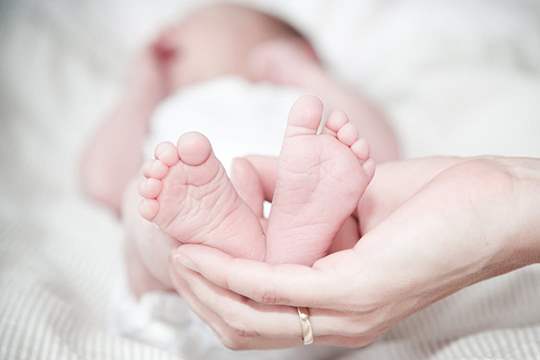 After coming into the clinic a few times for scans, I had one egg collected and fertilised in the lab. A few days later it was transferred.  I had felt that the odds were stacked against us so I was extremely happy to find that the treatment had worked and I was pregnant! I was quite anxious throughout my pregnancy, so I was incredibly relieved to deliver my healthy baby boy in October. He has made everything worthwhile and I’m so glad I didn’t give up.