"Natural IVF can work as long as you are ovulating. You need your own egg and NOT drugs to have your own baby!"

I’m writing this while my beautiful daughter lies next to me sleeping. She’ll be 3 months old in three days and nothing feels more natural than caring for her, spending time with her and getting to know her. When I look back now on our journey to get to this point it feels unreal.

I worked in the fertility industry for a few years and I don’t think I thought that being unable to conceive was something that was going to happen to us. On the other hand I knew we were unlikely to conceive immediately and I really wanted to take a calm approach to conceiving – you know being laid back and just letting it happen without too much effort. Of course knowing in deep clinical detail the workings of human fertility this was nye on impossible! 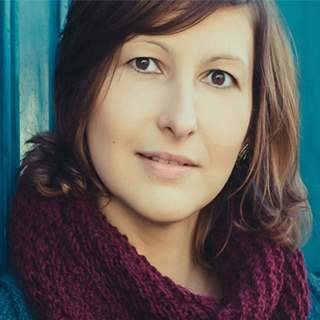 We had been trying for a year when I started to get concerned and we went to the GP for investigations. At the time I was 31 and my partner was 34 – nothing unusual about that and all the tests came back within normal range. We were referred to the hospital for further investigations, I wasn’t too concerned and comforted myself with the knowledge that many of these appointments are cancelled because the couple conceive while waiting for the appointment. This was not the case for us and another round of tests and an exploratory operation and again nothing was identified and we were given lots of encouraging comments. Of course all of this had taken time and by now we had been trying for nearly 2 years.

Throughout this I continued to remain positive – I had read and indeed talked to women who had felt distraught at the first sign of their monthly period but I seemed to have escaped this feeling. I did indulge myself in a jolly good cry whenever I found out that a friend was pregnant but aside from this felt pretty calm really. The reality was that I was genuinely pleased for friends when they got pregnant and lets face it if no one else was getting pregnant and having babies, I wouldn’t want to either – they were my inspiration! In view of my job and knowledge I found myself being the sounding block for those experiencing similar problems, friends, colleagues, colleagues family members the list goes on. As time went by these people would cry on my shoulder and then pop off on their maternity leave while I was still patiently waiting.

It was decided that we should try IUI whilst waiting on the NHS waiting list for IVF. I was happy with this plan as I didn’t want to leap straight into trying IVF and IUI felt a little less invasive. We affectionately termed it the turkey baster and we tried this with ovarian stimulation three times. One of the cycles had to be abandoned because I produced too many follicles and the risk of multiple pregnancy was too high. When I look back now I wish I had been reckless and gone ahead and tried the old fashioned way during this cycle – having said that I could be sitting here writing a piece about my triplets or quads, scary!

When finally we reached our place on the waiting list for IVF we were raring to go. I think that everyone at the clinic was really positive. They were surprised the turkey baster hadn’t worked and I suspect they were rubbing their hands together and thinking that we would be boosting their IVF success rates before long.

The cycle bumbled along as normal. It was a long cycle (by name and by nature!) I was down regulated before the stimulation of my ovaries was started. This down regulation also allowed the clinic to decide when it was suitable to start the stimulation portion of the treatment. This was scheduled according to there timetable. I think the egg collection was scheduled when I had about 5 follicles at the right size – egg collections took place three days a week. Again this was my cycle being manipulated to work alongside the clinics timetable. The clinic operated a transport system. This meant my follicles were emptied on one clinic site, then my partner was sent off with an incubator to another clinic where they examine the contents, count the eggs and then marry them up with the sperm which he produced fresh at the second clinic.

I was sitting in the recovery area with the other ladies who had undergone egg collection that day. I was feeling quiet drowsy and a bit lonely when the calls started coming in. The two women before me both got calls from their partners delivering the news of how many eggs they had. They were all pleased and it wasn’t long before my phone rang. My partner was all excited on the other end “we got two” he said “isn’t it great”. I was crushed and could barely speak. I didn’t want to dampen his enthusiasm but I knew this was not a good harvest for a heavily medicated stimulated cycle. Of course there was hope – it only takes one embryo to make a healthy baby. I think it was at this moment that I realised there was a problem with my ovarian reserve. For me it was like a total rush of information all in one go. I knew what this meant and I knew our chances of success had just dropped dramatically.

I was not hopeless and of course we had our two little eggs flirting with the sperm overnight in the petri-dish. By the time it came to embryo transfer 3 days later there was only one growing embryo and it had only just reached the size needed for transfer. We went ahead but in my heart I knew it was highly unlikely I would fall pregnant. Of course two weeks later we did the pregnancy test and it was negative. That was that then – our one NHS funded cycle failed.

We went back to the clinic to discuss the cycle and met with the consultant. I swear he had tears in his eyes as he explained to us that the harvest of eggs was far short of what they expected. Peri-menopause was mentioned and some more blood tests ordered. In short we could try again but the chances of success were reduced. There was no way they could have guessed that this was how the cycle would have gone. I felt our journey had suddenly got a lot longer. My biological clock was chiming in my ears, Christmases had come and gone and every year I thought to myself well next year I’ll either have a baby or be pregnant – I kept being proven wrong. On top of this we now had to find the funds to continue the journey, an extra pressure we could do without. We know a couple that had spent £50,000 on fertility treatment, there was no way this was achievable for us. Now I have to say at this point we had access to money and it was not something that was going to stop us – I do not know how people who are not as lucky as us cope with this added pressure.

I had faith we would have a family somehow and at sometime – but when and how this was the question that was going round and round in my mind. Would we conceive naturally? Would we need donor eggs? Were donor eggs acceptable to me? Would donor eggs be acceptable to my partner and family? Would we adopt? How would we cope with that? Would we give up and be a happy family of two?

We decided to go to see Geeta Nargund at Create Health and take a gentler approach with drugs. Having only got two eggs on a heavily medicated cycle it seemed silly to take all those drugs again when the chances were we could achieve the same or better with less drugs over a shorter space of time. We embarked on a Mild IVF cycle. The side effects of the drugs were much easier to handle and it spanned a much shorter length of time but alas it was unsuccessful again. I was seriously considering egg donation at this point.

We decided to try one more cycle and went for the Modified Natural cycle –a small dose of drugs for 2-3 days only. This was the only reason I was really willing to go ahead. I hated taking the drugs – they made me feel premenstrual and to be honest every injection was an unwanted reminder of what was happening – I think this made them more painful, the more injections I had the more painful they became. We also decided to tell more people what we were experiencing. My partner hadn’t really discussed things with any of his friends. Telling people was hard but everyone was very supportive. I think for some people the surprise was how far down the road we were with the treatment and how low our success rates were, I could see them struggling to know what to say.

The cycle was a breeze, my growing follicles were closely monitored and the cycle was wholly bespoke to how my body was behaving. The egg collection was scheduled to take place the minute the follicles were mature and surprisingly we got 5 eggs. This was high for a natural cycle and especially for me with my previous low egg harvests. The eggs fertilised and there was even talk of having embryos to freeze (sadly none made the grade but the fact we were talking about it was a first!). Embryo transfer took place and it was time for the dreaded two-week wait. To be honest I spent a lot of this time thinking about egg donation and trying to work out how I felt about it. Perhaps it was self preservation but I truly didn’t believe it would work.

My first clue that I might be pregnant was watching comic relief. One of the Blue Peter presenters was doing a tightrope walk over Battersea Power Station, when she reached the end I burst into tears, then I had to pee – again! A few days later I had the blood test and the clinic called me a few hours later to let me know it was positive. I believe I screamed and then of course I cried! It was the most amazing feeling.

If you’ve just read this story the chances are you are reading it because you or someone close to you is having fertility problems. Perhaps my story has inspired you or given you hope, its hard to put what happened to us in words and what I discovered while writing this is I could have written a whole book on the topic! I truly wish you every success in your journey – believe me I know how hard it is to accept that you don’t know what the outcome of your journey will be.

My advice to you is to take control, ask lots of questions and make sure you are aware of as many options that are available to you as you can. If you have been told that your ovaries have low reserve or you are peri-menopausal and high dose IVF drugs do not work, do not give up!

Natural IVF can work as long as you are ovulating. You need your own egg and NOT drugs to have your own baby!