It's amazing what CREATE does

My husband and I had been trying to have children for 18 months. When nothing had happened, I went to my GP and was advised to keep trying naturally for a while longer. We did but still nothing happened. I had some basic tests and we were quite quickly put into the category of ‘unexplained infertility.’ That was the moment when we realised we had an issue.

I went to CREATE and further tests showed I had polycystic ovaries. I wasn’t surprised because my sister has it and I had some of the associated symptoms. However, because the scans through the GP hadn’t discovered it, I thought it had been ruled out. So when CREATE identified the issue very clearly we had an explanation for our problems. Further scans also showed that I had issues with the blood circulation around my uterus. 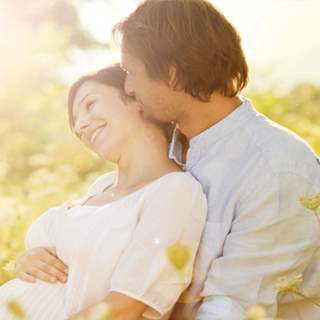 We had a consultation at CREATE and we talked through a number of different options, including taking Clomid, trying insemination and also Mild IVF. We debated the pros, cons and the chances of success, taking my age into account. On balance, we decided to try Mild IVF first as I was heading towards my late thirties. It was definitely the emphasis on Natural and Mild IVF that attracted me immediately to CREATE.

We had three cycles of Mild IVF. Our first cycle was not successful as we didn’t manage to have any viable embryos. Our second cycle had some viable embryos but they didn’t translate into a pregnancy. The third cycle was successful; I had two embryos implanted and after 10 days, I had a pregnancy blood test. During that time, I was feeling a lot of the physical symptoms that I’d felt in the previous cycles so I was feeling very downcast and expecting it all to go wrong. I had some spotting at one point which made me think it was all over. There were a lot of low points in that waiting period.

A couple of days before the blood test I started to feel different in a positive way but I didn’t allow myself to hope at that point. I remember having that sinking feeling, the feeling of dread in the pit of my stomach; it was as if I was going to get an exam result. I was told over the phone by a nurse that I was “very strongly pregnant” as I had very high levels of pregnancy hormones which was attributable to twins.

The whole experience was incredibly positive in a very difficult situation where I was feeling a lot of very different emotions, from the very first consultation right through to the end and all the ups and downs we had along the way. There were so many aspects that made it a positive experience, the first being how personal the service was. The initial consultation was very positive and it set the tone for the whole clinic’s approach which was hugely personal and individual but also very professional and efficient. There was very much a focus on my well-being, health and safety and not just on success rates. The emphasis on Natural and Mild treatment throughout the process was very helpful and made it all feel much gentler and more gradual. It was something that was going to work with my body instead of something that was very invasive or difficult for my body to cope with.

There were many staff members who were involved at different stages, whether it was nurses showing me how to do the injections that I needed to do at home, or the embryologists and anaesthetists. Every single person that helped me throughout the clinic was outstanding in their patience and professionalism.

My advice to other women going through treatment is to hold onto your belief that it will work, but at the same time, hold onto yourself. Stay focused on your relationship; it’s really important to support and make time for one another, and to understand how the experience is very different for each other. Surround yourself with support.

It’s such a gift we’ve been given. It’s amazing what CREATE does, you change the lives of people forever. It’s not just a scientific procedure, it’s completely life changing for so many people and our lives have, of course, changed in every possible way. There’s not a day that goes by when I’m not unbelievably thankful. We’re so lucky that we have our twins and they’re healthy and happy. We would not be in this situation without CREATE.