A baby with CREATE after 10 unsuccessful cycles elsewhere

We approached CREATE in November 2011. This was after undergoing 10 cycles of traditional treatment at two top tier London clinics, all of which did not result in implantation. One of these clinics recommended that we give up as the clinical director believed that we had “close to zero” chance of success. The other clinic recommended that we keep going, cycle after cycle, and eventually it would work.

Hence, we were quite sceptical in our early dealings with CREATE, primarily due to our history.

CREATE described a different approach with varying levels of stimulation including a natural cycle and a modified natural cycle with some medication. The key was to focus on maximising the quality of a single egg (quality not quantity).

CREATE made us realise that as I had low ovarian reserve, the quality of the eggs was likely to compromised by heavy ovarian stimulation and hence reduce chances of success i.e.: traditional IVF was never going to work.

So with very low expectations, we embarked on a modified natural cycle. Scan appointments took place every few days at Harley Street. We never felt that we were on a conveyor belt as the waiting room was not over-flowing with patients unlike many other clinics, and generally appointments ran close to their scheduled time.

There were injections to administer the hormones but these were quite manageable and so much less physically and emotionally demanding. 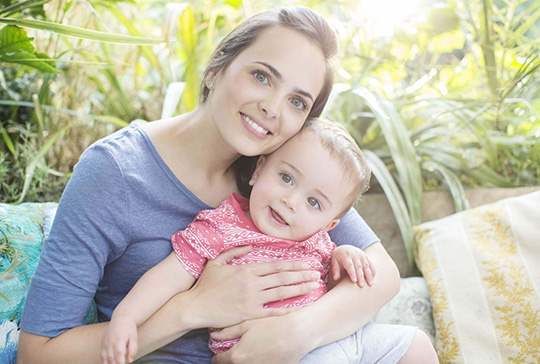 Egg collection took place under sedation (not general anaesthetic as other clinics). We had direct contact with the doctors carrying out the procedure who were willing and available to answer our questions.

After the egg collection and embryo transfer, we were given a more medication to maximise implantation.

Throughout the process, and subsequently, we had access to the clinical team to answer our queries, however trivial.

We were lucky to have a positive pregnancy and a beautiful baby daughter born in December 2012. We would recommend the natural approach to anyone in a similar situation.